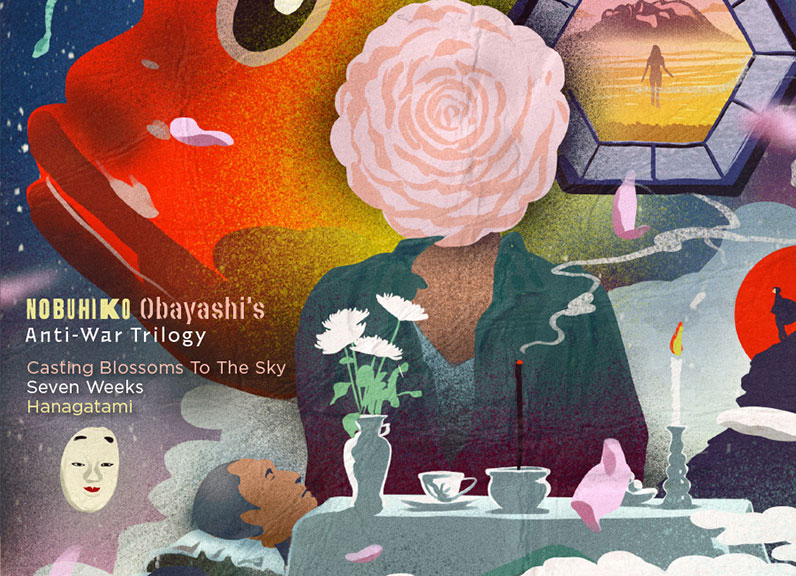 Disc 1:
Casting Blossoms to the Sky この空の花ー長岡花火物語 (2011)
Endo Reiko is a journalist visiting Nagaoka to comment on the aftermath of the earthquake in Tohoku. From local residents, Endo learns about the city’s fireworks traditions, and how the region was destroyed during the war.
Special Features: 45 minute Interview with Nobuhiko Obayashi

Disc 2:
Seven Weeks 野のなななのか (2014)
Weaving the life of a 92-year-old doctor into the history of a small Hokkaido city, “Seven Weeks” addresses Japan’s wartime responsibility, its present nuclear crisis and the heartaches of youth and love.
Special Features: 75 minute Making Of

Disc 3:
Hanagatami 花筐 (2017)
In the spring of 1941, sixteen-year-old Toshihiko leaves Amsterdam to attend school in Karatsu, a small town on the western coast of Japan. Immersed in the seaside’s nature and culture, Toshihiko soon befriends the town’s other extraordinary adolescents as they all contend with the war’s inescapable gravitational pull.
Special Features: 35 minute interview with Nobuhiko Obayashi, Making Of 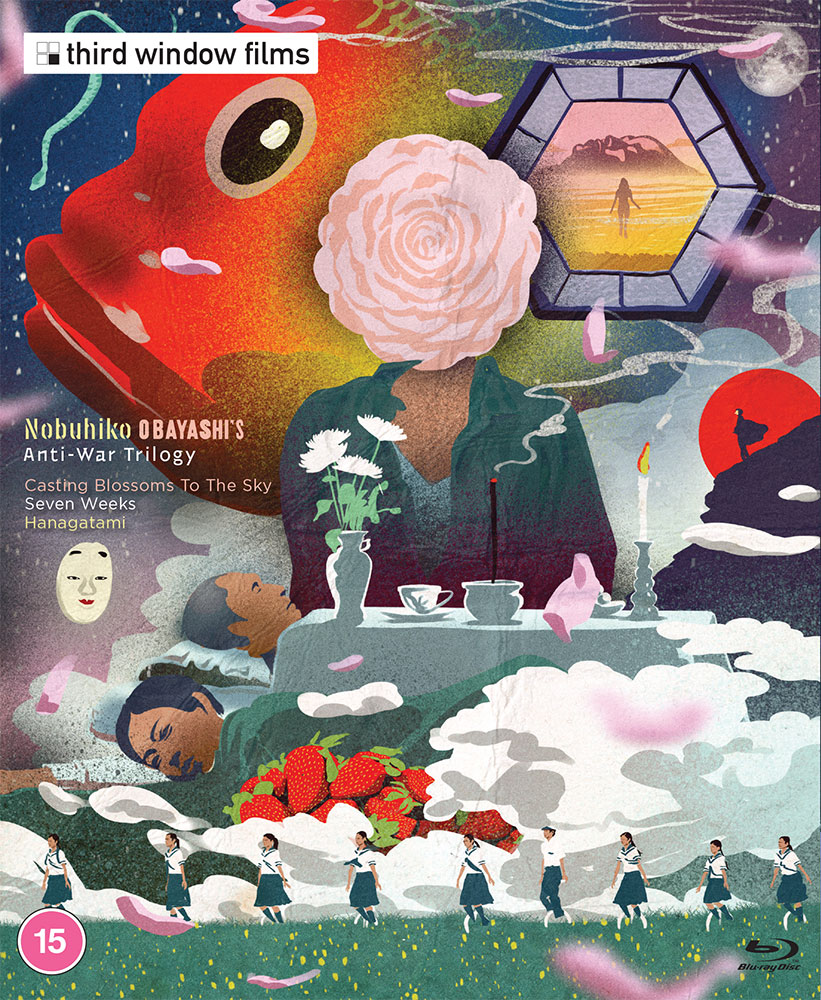