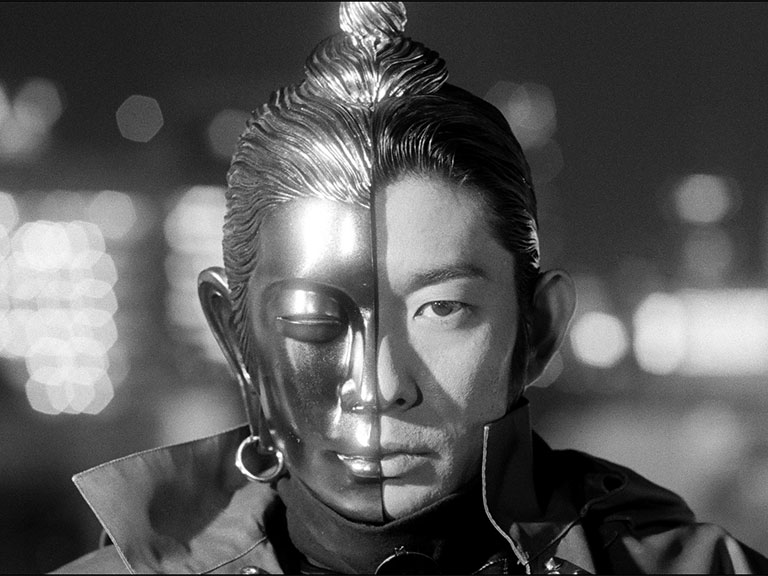 From Sogo Ishii, the director of Burst City and Crazy Thunder Road

As a child, Dragon Eye Morrison undergoes electro-shock treatment for his aggressive behavior. The levels of sheer energy absorbed by his body over the years allow him to channel and conduct electricity. Now an adult, Morrison works in the city as a reptile investigator and has learned to channel his rage through the performance of aggressive guitar-based noise. Meanwhile, Thunderbolt Buddha, a TV repair man turned vigilante, who has the same electro-conductive powers after a childhood accident, goes after crime bosses and gangsters. When both men learn of each other’s existence, Thunderbolt Buddha challenges Morrison to a final showdown on the rooftops of Tokyo.