INFLATABLE SEX DOLL OF THE WASTELANDS
Meeting in a blasted, barren wilderness, the hitman Shô is engaged by wealthy real estate agent Naka to track down his kidnapped lover, Sae. Naka shows him a poor quality film of the girl being beaten and assailed by a gang of four yakuza, which sets Shô out on a trail that brings him back into contact with the gang leader, Ko, who was responsible for the murder of his own girlfriend five years before. As he embarks on his quest through the dreamlike cityscapes of
the late-60s Tokyo underworld for a fateful 3pm barroom rendezvous with his nemesis, Sho becomes increasingly unsure as to whether the girl really existed in the first place.

Yamatoya’s wrote INFLATABLE SEX DOLL OF THE WASTELANDS concurrently with his anonymous contribution to the script for Suzuki Seijun’s legendary BRANDED TO KILL, released four months earlier. Similarly shot in stunning monochrome scope, it is as hallucinatory, fragmentary and surreal as its companion piece, and stands as a testament to just how flexible the pink film formula could be in its first decade.

GUSHING PRAYER
High-school students Yasuko, Yôichi, Kôichi and Bill want to escape from their overwhelming sense of alienation from the world around them and indulge in group sex to explore whether they can forge their own path liberated from a corrupt adult society. Yasuko is driven by the goading encouragement of her peers to feel what it is like to be a prostitute, with sex reduced to a mere economic transaction. She sets out an odyssey of self-exploration in search
of complete satiation.

The most cryptic and formally radical pink film from the most politically radical director ever to work in the field: GUSHING PRAYER deploys actual suicide notes and a haunting guitar refrain by folk musician Minami Masato to express the spiritual and political left vacuum in the wake of the failed student movements of the 1960s. The cinematography by Itô Hideo, who also shot Ôshima Nagisha’s IN THE REALM OF THE SENSES (1976), captures an intriguing melding of the documentary with the cinematic. 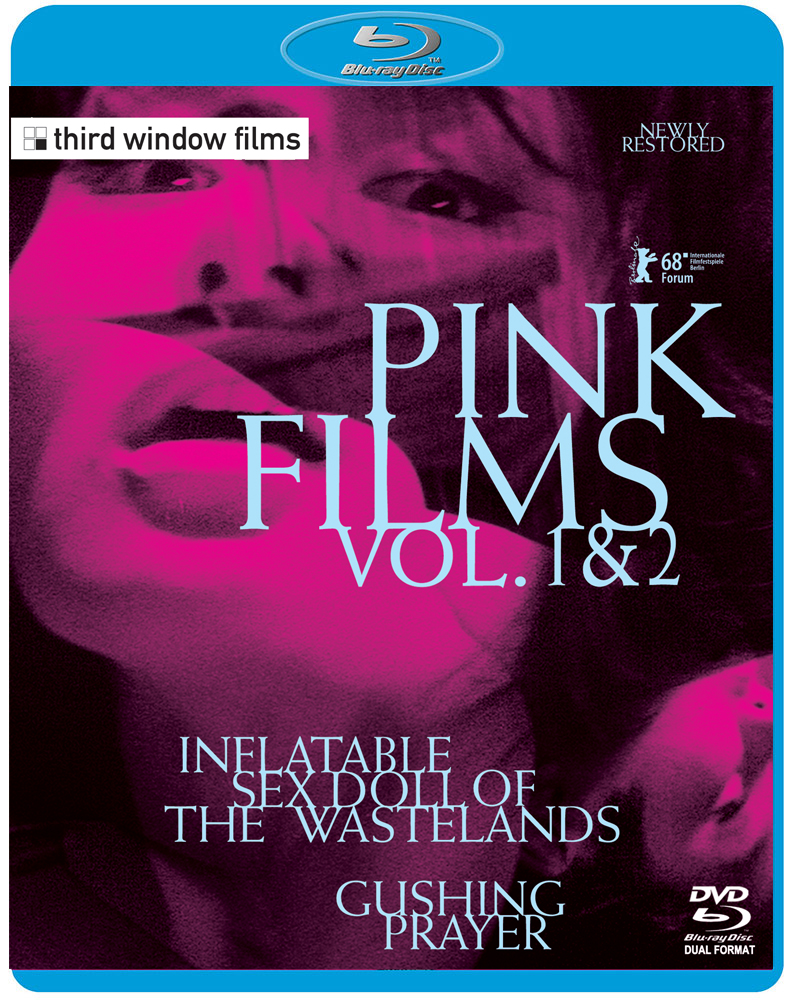 OUT OF PRINT
2 films: INFLATABLE SEX DOLL OF THE WASTELANDS & GUSHING PRAYER
DUAL FORMAT – Both DVD and Bluray included
LIMITED EDITION
ALL REGION