Pornostar (1998) A young man gets off the train in the morning and wanders the business districts aimlessly. He runs across some yakuza gangsters, whom he despises, and goes on a killing spree, but soon becomes involved with a subordinate gang.

Unchain (2000) – Documentary on the Japanese boxer Unchain Kaji, who retired from the ring at the age of 30 with an eye injury and a losing record. He then tries to start a new life as a civilian.

9 Souls (2003) – Nine convicts escape from prison; most are convicted murders. They commandeer a van from a strip club. Their plan is to find a stash of counterfeit money that a deranged cell mate told them about, divide it, then part ways. They make it to the site where the money is supposed to be hidden, and then one by one, each seeks out the place he wants to be, a version of home, somewhere to connect. Will it end well for any of them? 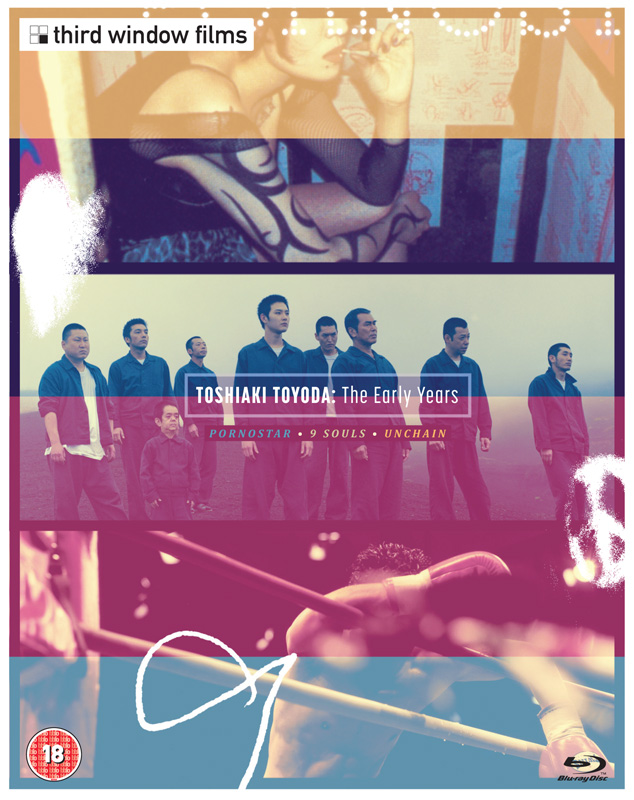